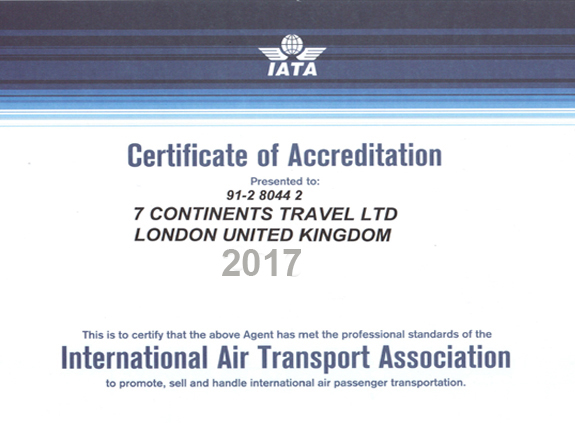 How To Perform Umrah, Detailed Guide

Umrah is a pious ritual being performed by Muslims all around the year. Though, it is not necessary for every able-bodied Muslim, but is extremely recommended. In Arabic, the term 'Umrah' means a visit, and in Islamic term or terminology, it refers to a pilgrimage to Makkah by Muslims from different regions. Often called as the 'lesser' or 'minor' pilgrimage, whereas the Hajj being the 'major' one, it is of two different kind. When carried out in combination with Hajj, it is known as Umrat al-tammat, and when performed independent of Hajj, it is called as al-Umrat al Mufradah.

The Ways of Performing Umrah

As per Islamic Shariyah, the situation for Umrah to get accepted is to strictly follow the entire four Pillars' that include wearing Ihram, Tawaaf or circumambulation, Saaee, and Tahal-lul. Let us talk about all these rituals in detail, which are also the resulting steps of completing Umrah.

Ihram: The meaning of Arabic term 'Ihram' is to make something prohibited (Haram). For a person to enter in the state of Ihram means that particular permissible (Halaal) things are now forbidden for him. This is done previous to reaching the Meeqat, the boundary line of Makkah which can be reached through several routes. Men must take bath, wear two-piece garments, Rida (for covering the top half of body), and Izaar (for covering the lower half of body), and apply perfume to beard and head, but not the Ihram clothing.

Women must also take bath, however they are not necessarily required to wear any specific piece of clothing. Although they are not permitted to wear the face veil (Naqaab) and hand gloves. As the pilgrims are about to reach at station of the Meeqat, they are necessary to pronounce the Niyyah (intention) of Umrah and say the Talbiyyah (statement). Hence, they must be already in the state of Ihram before entering in Makkah for Umrah.

Tawaf or circumambulation of Kaaba: The next step is to enter the Prophet's mosque i.e. Masjid al-Haram through Bab-as-Salam. To start doing it, you require to perform Iztaba, which is to bare the right shoulder from the Ihram item of clothing. As you reach Hajr-e-Aswad (the Black Stone), the starting point of Tawaaf or circumambulation, touch the Hajr-e-Aswad with your right hand and kiss it (the act of kissing is called Istilam).

After expressing the niyyat, start doing tawwaf of the Kaaba in counter clockwise direction. For the first three rounds, men must walk with pace, and for the rest of the Tawaaf, they can walk normally. This practice is known as Ramal and is a Sunnah.

Saaee: The literary meaning of Saaee is to run. As for Hajj or Umrah, it refers to running between the hills of Safa and Marwah back and forth, seven times.

Tahal-lul: It is the last and fourth pillar of Umrah that indicates the coming out from the state of Ihram. Completely shaving off the head hairs (Halq) for men and Women must only clip their hair equal to the length of a fingertip.

Step by Step Guideline For Hajj And Umrah

Following common guidelines are sketched out for pilgrims to execute Hajj and Umrah smoothly:

Be Patient:
Hajj and Umrah or Umrah in Ramadan can turn out to be a real test of patience. On the sacred journey, you will meet all kinds of people. A person must remain tranquil and try not to lose their anger whenever they come across any surprising situation.

Lower the gaze:
Being a Muslim, it is compulsory for men to keep their gaze lower every time they counter condition where men and women tend gather jointly (especially in Holy Makkah).

Be Gracious:
Do not hesitate to meet people with your fellow pilgrims. Do not be shy to start the chat. If a person can't do any of this, they must pass a smile at-least.

Keep away from Smoking:
One more common guideline to perform Umrah and Hajj is that one must refrain from smoking.

Be Polite and Humble:
A person may come across many fellow Muslims who will guide and advice you whenever you done a mistake. This occurs more often in Makkah. If somebody does that, listen to them uncomplainingly and be humble. On the other hand if you see any person is struggling and looking for help, do not hesitate to help them.

Protect your Self-Respect:
Every woman (except for women above 45 years) is restricted to travel for Hajj and Umrah with a Mehram (One whom she can not marry). Therefore it's the responsibility of men to protect them. It is said that worst men are Dayyooth (Who do not worry and care if their wives, daughters, sisters, and mothers are approached by another non-Mehram men).

Help Elderly:
A very common guideline to perform Umrah and Hajj is to respect the elders. Make sure to assist them whenever it is possible so that they will be able to perform their Hajj and Umrah successfully.

Pre Hajj and Umrah preparation:
Another significant guideline for Hajj and Umrah is to look for relevant and essential 'Ilm' (knowledge) from reliable and trustworthy sources preceding going for Hajj Umrah. This will help you to perform Umrah and Hajj alone and with self-confidence. Learning some Arabic terms will come very useful.

Greet persons Around:
Greet your member pilgrims with Salaam. Every pilgrim is Muslim so spread and say Salam wherever you go as short of greetings is one of the signs of Qayamat (Day of Judgement).

Avoid Putting Musical Ring tone on Phone:
Instead of any melodious tune or song, put a simple ring tone on your phone or just put on vibration. Avoid using cell phone as much as possible; use of cell phone during the sacred journey is a symbol of disrespect.