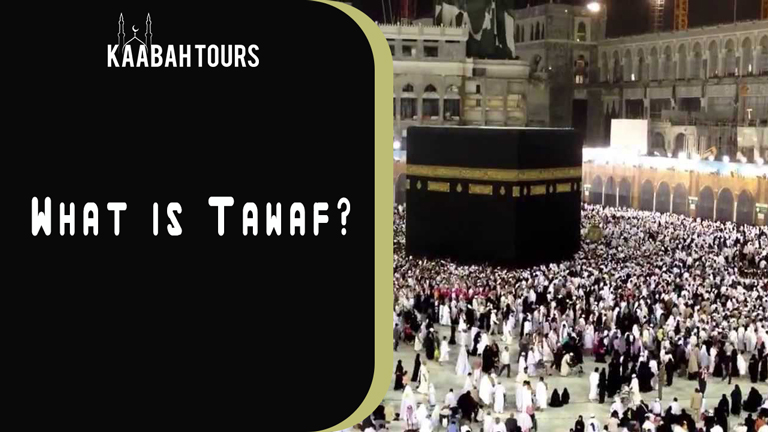 Tawaf is the rite that is performed during Umrah and Hajj. Pilgrims complete seven rounds of circumambulation around ‘Khaana Kaaba’ and they have to be made in the anti-clockwise direction. This has to be performed in the way specified. One round of Tawaf is started at the point where the black stone or ‘Hajr e Aswad’ is placed. It ends at this point as you come again at the point where you have started. The ritual of kissing ‘Hajr e Aswad’ must also be performed alongside it and this has to be performed whole-heartedly with complete devotion to Allah and it is one of the most important rites of pilgrimage.

This is the sort of ‘Ibadah’ which makes us fully concentrated towards Allah. It is performed when the pilgrim is in the complete state of devotion and love. This way the prayers are made the way they should. It is a way to submit to Allah and ask him for anything that you want from him. In the return of such a whole-hearted Ibadah, you are going to get the reward that is meant only for you.

There can be following types of Tawaf

This Tawaf must be performed by the people performing Hajj. It is performed between 10 to 12 Zilhajj. Hajj will not be accepted and would not be considered valid if it is not performed. As it is performed leaving the state of Ihram, it is not at all permissible the prohibited acts during this. Its name clearly shows that it is the type of Tawaf that is performed when the pilgrims return to Makkah so it is called Tawaf Al-Ziyarah.

As the name shows that this Tawaf is performed when the pilgrims have to leave. This is the time when pilgrims have performed Hajj. The state of being obligatory, mandatory, optional or anything relevant to this is not clear because it can be different according to the creeds.

It is simply the type of Tawaf which is performed when the pilgrims gather for Umrah in the days when there is not Hajj season. It is obligatory as it must be performed while you are performing Umrah. In addition to it, those who have made up their minds for performing Hajj e Tamatu should perform Tawaf Al-Umrah. The entire journey would be of no use if you miss this important task. During this Tawaf, Ihram is not necessary to be worn.

This is not the obligatory act so it is not that much necessary. This is the time when you can definitely get what you desire and can perform Tawaf as much as you can.