What Steps Are Taken By The Government Of Saudia For The Prevention Of Corona Virus? 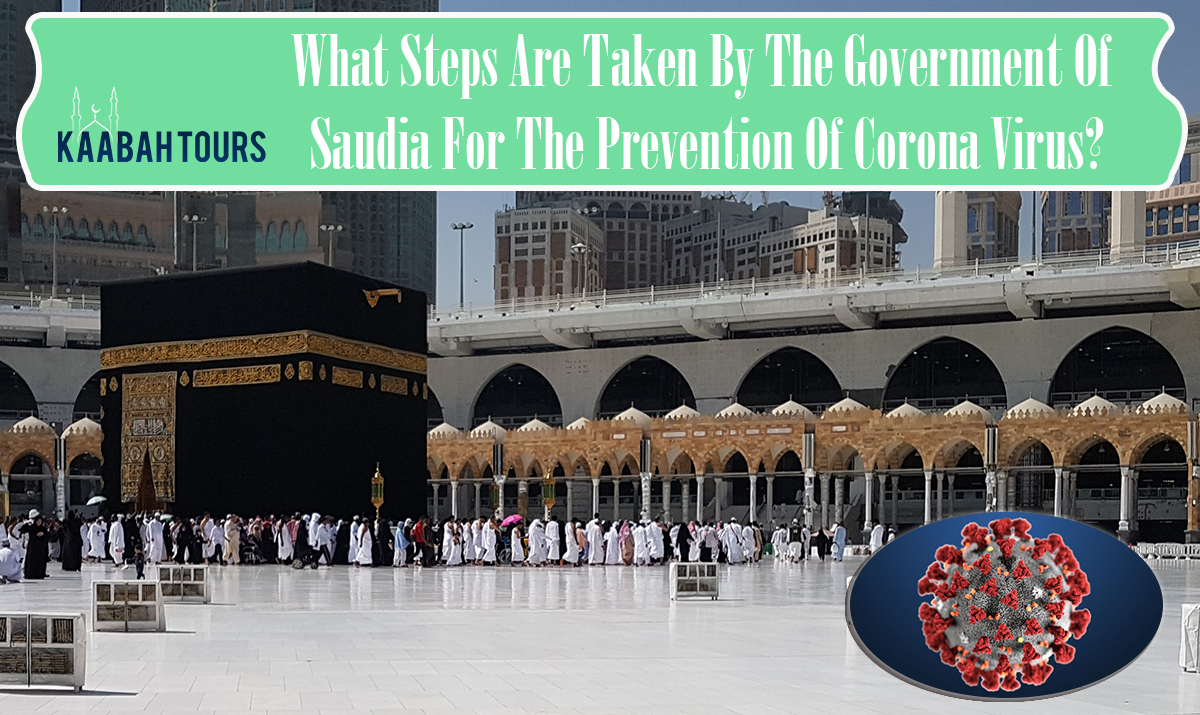 The government of Saudi Arabia has to host a lot of people every year. They are all those who come to this place for performing Hajj and Umrah. Apart from that, there are also those who come for traveling full stop there is a large percentage of those who are not the citizens of this country but come from the other countries for employment. This makes this country think seriously over the problem that has disturbed every country. There are a lot of steps taken by the government of Saudi Arabia to tackle with the situation.

Umrah travel is banned because the outbreak happened it was thankfully not the time of Hajj but it was a time when a lot of people to form Umrah. It is because Umrah is performed throughout the year. The people who travel to Saudi Arabia come in medians. There are also the Muslims from those countries which are badly affected by this outbreak. This is the reason why traveling Umrah was a major step in tackling the situation when nothing is controllable. The number of patients infected by the Coronavirus is increasing day by day.

The Screening Process Is Done

In order to do the screening process effectively, the Saudi government has banned traveling. a fully developed system for screening is present but there are still some changes that have to be made. Screening system has to do with diagnosing people just for knowing whether they have got an infection or not. The people who are infected are kept in isolation and away from those who are not infected.

A Lot Of Other Places Are Closed

A lot of other places are closed because traveling a movement within a country or even a city can become a cause of the spread of the infection. These places include those for worshiping. It is being done nearly in every country. As the number of patients is increasing in Saudi Arabia the government had to take this important step. The people are made to stay in their houses in order to avoid more people getting infected. This is not done majorly as in the other countries with the risk of the spread of infection is unavoidable. There is can only be avoided if such measures are adopted and the people restrict their movement and especially traveling or going on journeys like Hajj and Umrah.

Government Is Giving Instructions To The People

People are being constantly instructed as they have to adopt all the necessary precautionary measures. In addition to it, media is playing an important role on behalf of the government. The screening procedure is constantly done. This lessens the risk of spread of this contagious disease. It has invaded this country when a traveler from Iran went there. The traveler was infected by Coronavirus stop, later on, there were more cases reported and are still being reported despite the fact that their management is up to the mark.

The number of cases dying and infected people by the corona virus is increasing day by day. In some parts of the world, this is a sort of emergency situation or probably a sort of lockdown. This has made the government of Saudi Arabia show concern outbreak uncontrollably spreading. The government of Saudi Arabia has taken it as their overriding and son because they have to manage the biggest tour of the world. It is not tourism exactly as it is the greatest secret journey that is performed throughout the year and also at a specific time in the year whatever it is the novel disease has made everyone tense.

People Are Made Aware

Another important step that the government of Saudi Arabia has taken to make people aware of the precautionary measures and consequences of this disease is to instruct them. This important step has to be taken by everyone and the media is playing a very crucial part in it. If the people are not made aware they are likely to get infected and the death toll can rise rapidly.

Screening is properly done by the government. This country has a very good system which is developed and all the necessary equipment is available to stop this also has to do its responsibility and good management. This is something that is being shown by the government of Saudi Arabia in this time of flight. They have taken steps not only for the room citizens but for those of the other countries. They are screaming people just for separating infected people from non-infected ones. Infected people are put in isolation so that they may not be a cause of transmission of this disease.

Health Facilities Are Being Improved

Health facilities are developed than a lot of other countries in the world. Despite this, it cannot be said that the system is perfect or is up to the mark. It is because the diseases namely COvID-19 for which no treatment is invented health facilities can do nothing. They do nothing to cure the patient but still keeping them in ice aviation can be not effective. The usual treatment is given to the infected people hereby making them recover from this novel infection. It is because it is cured at the initial stage on its own if some treatment is done.