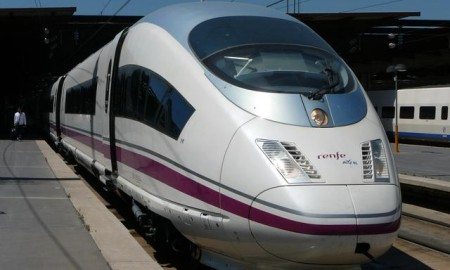 Haramain rail project is the biggest project which is going to create great opportunity for people who are looking for jobs, as this project will come up as 2000 or more job offers for Saudi’s. Harmain rail project is also becomes famous with another name, “Makkah-Madinah high-speed railway,” Dr. Bassam Gholman, the former director general of the whole project of the Haramain train said that around 12,000 passengers will be facilitate at a time and will be able to take a trip between Makkah and Madina every single hour, this grand project will provide secure, safe and comfortable transportation facility to pilgrims and to other passengers.

With the Harmain rail it will become possible to operate around ten trips of 21 minutes between city Makkah and Jeddah each hour, and almost 2 per hour between both cities Makkah and Madina. As this is the grand rail project costs around SR60 billion ($16 billion), it included 4 stations for train in city Makkah, King Abdullah Economic City, Jeddah, and Madina, for a 5th train station at the new King Abdul Aziz Airport helps in dismantling many slums.

The Haramain rail project is high-speed rail also well known as the “Western railway” and it is about 453km long high speed inter city train transportation system which is under construction in Saudi.
The Saudi Ministry of Transport is running trips on the Haramain train from Makkah to Madinah to collect feedback and prepare for the launch of commercial operations. The Harmain rail track will cut down and reduce the time required to travel between Makkah and Madina to around 2 hours. This project will also shorten and lessen the travelling time between city Jeddah and Makkah to almost half an hour. Once this grand project will be completed, it will serve the passengers with a great view of the monumental architecture of Makkah and Madina as they will be able to travel across the cities.

Makkah city does not offer much transportation facilities to citizens of Makkah as well as pilgrims. The only options which is available there is to use private taxis and personal vehicles. During the season of Hajj pilgrims are transported with buses. The Haramain rail project was executed to address and fulfil the transportation needs and requirements of the increasing number of the influx of pilgrims who visit Makkah, Umrah pilgrims and other people of the city.